First half is over and the score is Chelsea 2–0 Burnley. Here is the match report. 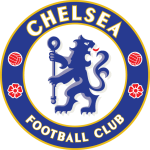 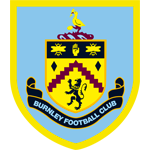 DEFLECTED WIDE! A short corner is worked to Willian on the left and he darts infield before lashing an effort towards the far corner, but it takes a wicked deflection off Mee and flies past the near post!

NO GOAL! McNeil whips a free-kick into the box that finds Mee unmarked in the middle. He heads back across goal for Hendrick to nod in at the back post, but the flag is up for offside! GOAL!! CHELSEA TAKE THE LEAD! Jorginho puts his penalty away in trademark style, waiting to see where the goalkeeper was going before placing it in the opposite corner.

PENALTY! Willian charges towards the byline down the left and takes a heavy touch, but Lowton clatters into him recklessly and concedes a spot-kick!

34′ Kepa makes a decent save

SAVE! McNeil stands over a free-kick in almost exactly the same position as for Hendrick’s disallowed goal, but this time he shoots towards the bottom-left corner and forces a low stop out of Kepa! GOAL!! ABRAHAM MAKES IT 2-0! James crosses from the right and Abraham meets it unmarked in the box. His header is fairly central, but Pope hesitates as Mee sprints back next to him to try and block it and the two end up getting in each other’s way, allowing the ball to bounce in! Chelsea double their lead and Burnley only have themselves to blame again.

SAVE! James gets free in the box and thumps an effort at goal from a sharp angle on the right, but Pope makes himself big and blocks it away off his thigh!