Simi responded to a question from a fan as to why she no longer collaborates with Falz.

Friends know Simi and Falz, both of whom collaborated on songs such as “Jamb Issues,” “Soldier,” “American.” They also released “Chemistry” as a joint EP

Their friendship has kindled rumors of relationship with many fans expecting them to get married.

A fan had asked Simi if she would be able to create a song with Falz as she missed listening to their collaborations and Simi replied she would think about it.

Another fan followed the tweet with an question as to why she does not again partner with Falz and Simi responded.

See their exchanges below:- 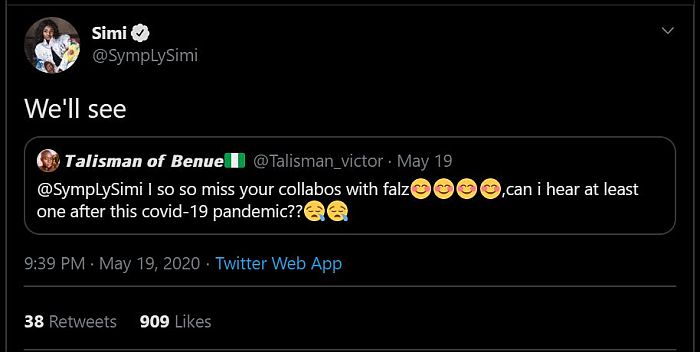 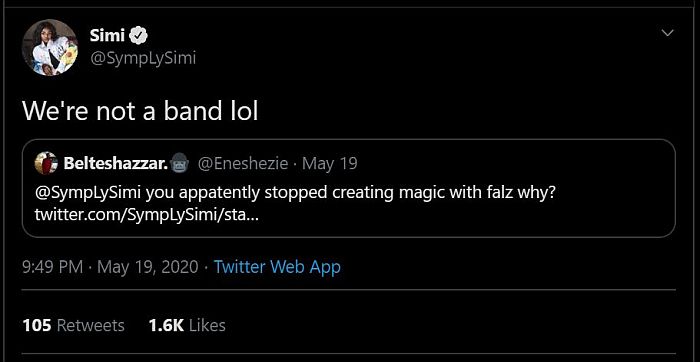